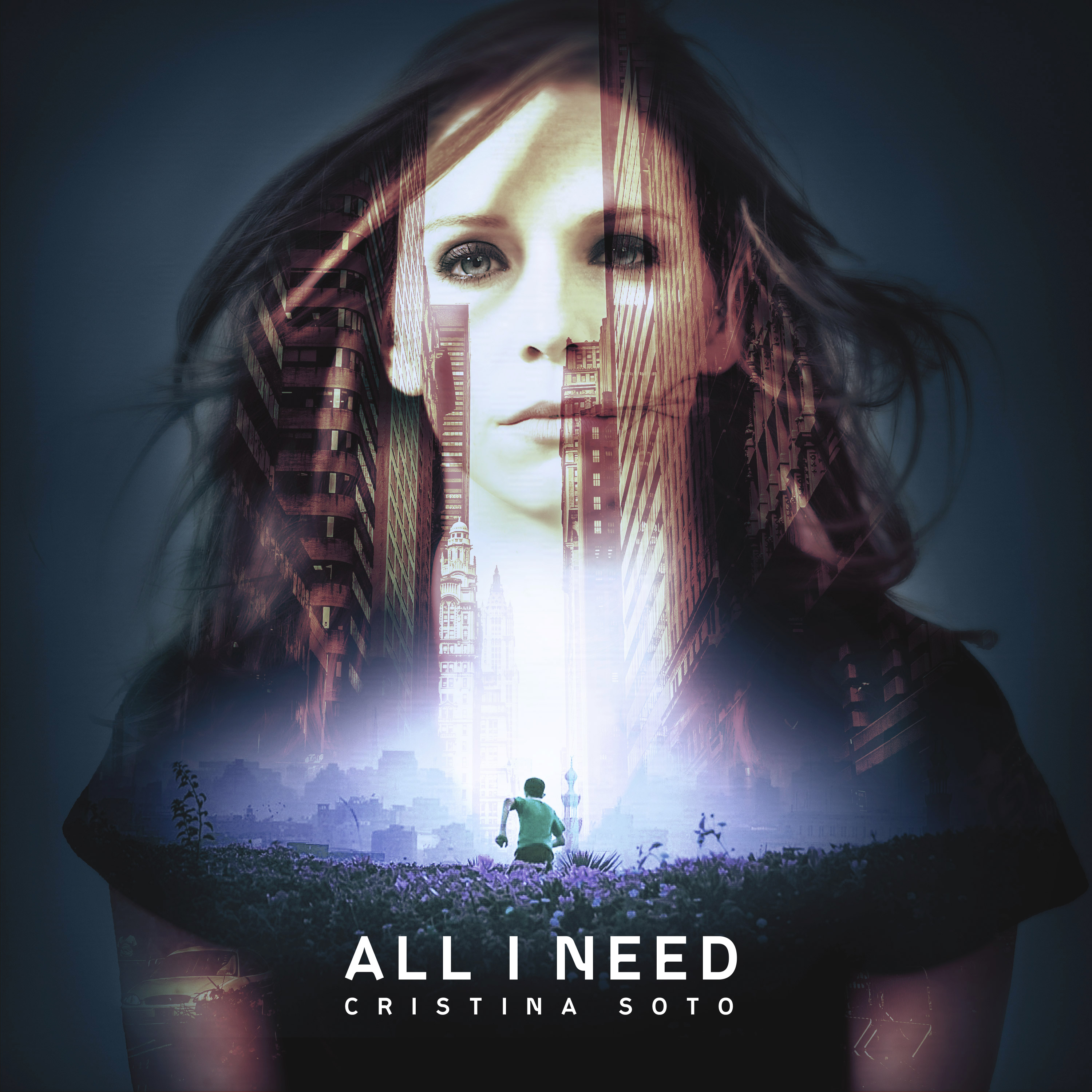 Debut Solo Album: All I Need

I am on the homestretch of preparing my album, ‘All I Need’ for release. Finally! It should be out in March of 2016 and will feature 7 new original collaborations with several talented producers.

All of these guys brought different influences to the album, making it a collage of genres held together by my voice. Neat right? I believe Drum & Bass, Dubstep, Trap, and Bass can coexist under one body of work – hopefully you agree!

This album will release through Gravitas Music with the debut single ‘All I Need’, Psymbionic on production.

Album art was completed from a photo that my friend David Call took. Graphic artist Jake Woolridge turned into a moody cover piece. This was such an amazing process and a growth experience for me. So much love! 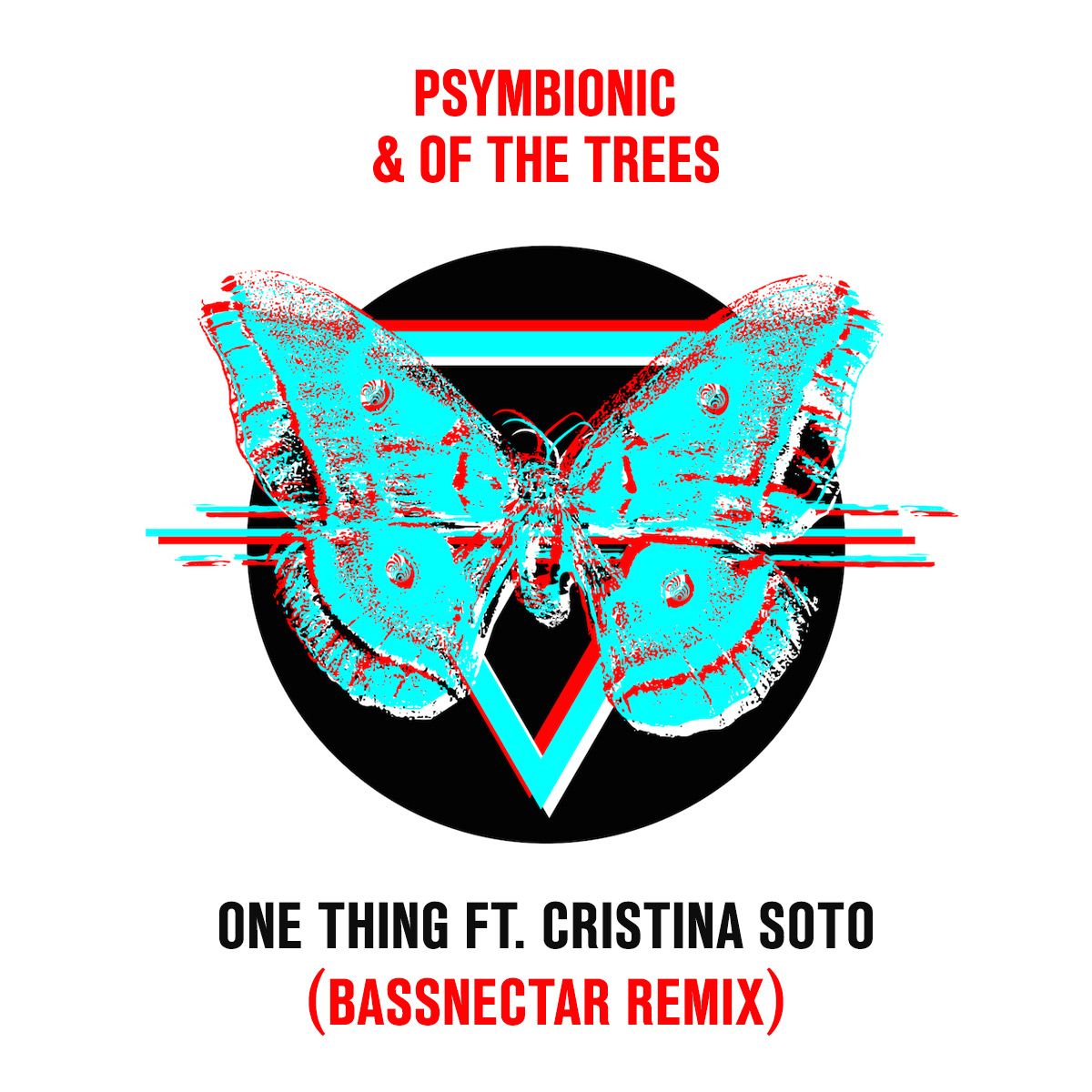 Bassnectar Remixed My Song! WHAT?!

This post is a bit overdue, but still needs to be said. It’s hard to imagine what will be when you’re creating something… how far will it go? Will anyone even like it? Never do I say “this is going to be big”… I’m way too superstitious for that. 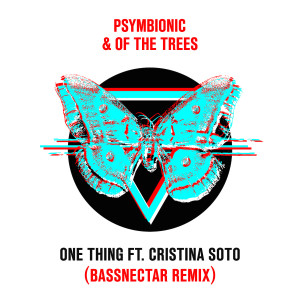 ‘One Thing’ was created on a stormy night in Austin, in my modest home office / studio. John Burcham and I met up to jam out on an idea and out came our little creature. She is a breathy, candid, and brazen piece of work, even by my own standards. Funny that this song is considered to be so sexy/sultry because the original topic that inspired me wasn’t sexy at all! haha. I’ll keep it to myself as to not ruin the mystery 🙂

Remix contests helped prepare me for a thousand interpretations of the original, but nothing could have prepared me for the news that Bassnectar was going to remix it and release it on his LP, ‘Into The Sun’. The response has been enormous and I couldn’t be more grateful!

Check out the video of Bassnectar dropping it at Red Rocks: Mind officially blown.

Will anything come of this new connection with Lorin? I’m not sure yet. He has reached out via email, but these things are fickle and take time. I’m just incredibly happy and humbled that such a large audience will hear my voice through this song.

“I can tell you one thing, but I’m gonna tell you two. You are gonna love me – and I might like you” 😉 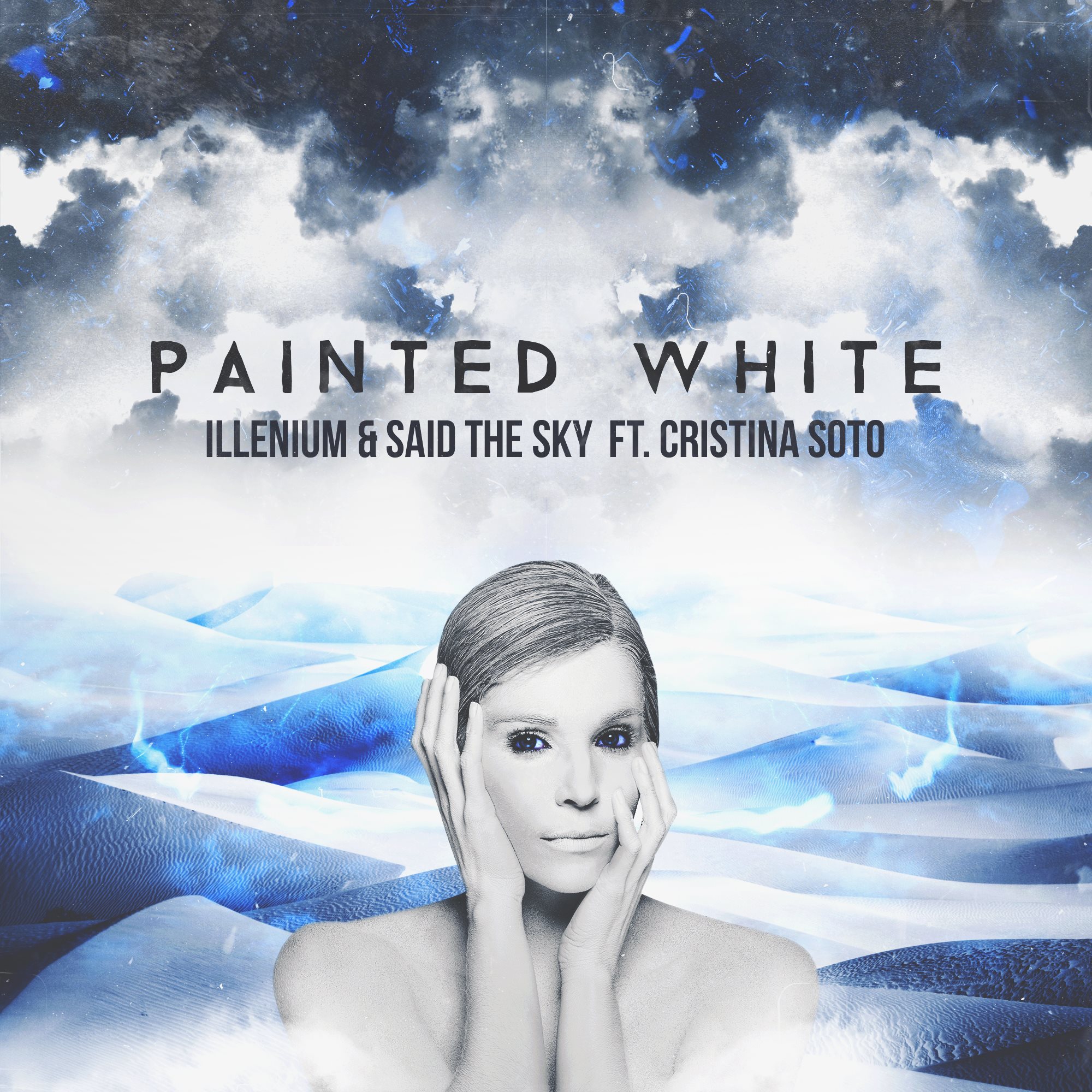 Painted White – Behind the Release

When Nick and Trevor (Illenium & Said the Sky) approached me with their “puppy”, as they called it, I instantly fell for the melodic, glitchy, and LARGE sounds they had produced. They were so open to my additions in the writing process… and like some things in life, it just came together. I met them over the New Year in Denver and we had a great night ringing in 2015 by doing an impromptu live PA at Decadence. Anyway – all that seems like a lifetime ago at this point, but I’m so thankful that this tune made it out to everyone!

People have asked me, “what’s the song about?” – well… it’s basically about being kind to one another. Lately, it’s hard for me to think of anything more powerful and mysterious than the universe and our tiny, yet self-important little journey as humans through space and time. Haha how’s that for just getting right to it? Not to get too sci-nerd… but every last one of us is made of the same things! Most of the issues we fight over are so petty and unimportant… yet we’ll kill each other over them. Sounds so stupid, right? So, in this song, I’m asking us all to consider that everyone is right in their own mind, but that doesn’t make any of us righteous. We would get a lot more accomplished if we just worked together. I know… kumbaya lovies! 😉

Out of all the pieces of this collaboration (music, art, lyrics, vocals, release planning, remixes) the music video was the most foreign, challenging, and exciting part for me. Love it or hate it, I was just trying to tell a story. We had a blast shooting it! A talented and super sweet body paint artist gradually painted me white – like all the way up to my eyelashes, haha. Never done that before! Some pics from the night: 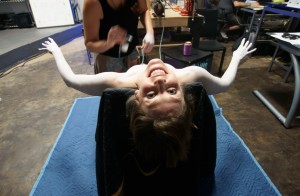 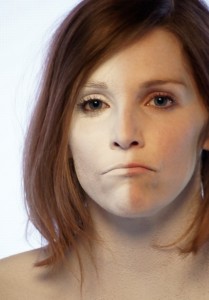 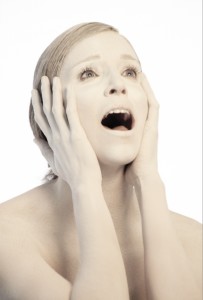 Here’s what our label, Gravitas, has to say about the song:

Colorado is home to an ever expanding list of fresh, raw talent; a place where many of Gravitas’ most accomplished artists reside. Hot off of individual gigs at the world famous Red Rocks Amphitheater, Illenium and Said The Sky have teamed up with Texan vocalist Cristina Soto for a notable contribution to the Gravitas Music catalog, “Painted White”. Heartfelt and futuristic, the tune moves effortlessly between melancholic serenade and bass heavy stomper. Intricate sound design links each moment to the next, showcasing these diverse musicians’ talent. Soto, whose radiant, silky voice has graced the works of notorious artists such as Bassnectar, Tritonal, and Seven Lions, helps lift the song to epic heights; her versatility is pronounced plainly in the delicate sections as well as the energetic.

Au5 and Fractal arrive next with their colossal neuro-bass remix. Well known for some of the cleanest production in the game, they quickly flipped the original on it’s head, re-harmonizing Soto’s vocals and merging them with thick, lustrous chords. The mysterious Clockvice balances the release with a brooding yet intelligent take. Largely atmospheric in vibe, his remix relies on sophisticated audio experimentation to attain a cinematic mood perfect for the next Hollywood psychological thriller.

I really hope you like it. And if you don’t, that’s cool, but maybe don’t be an asshole about it… because… we’re all made of the same star stuff. 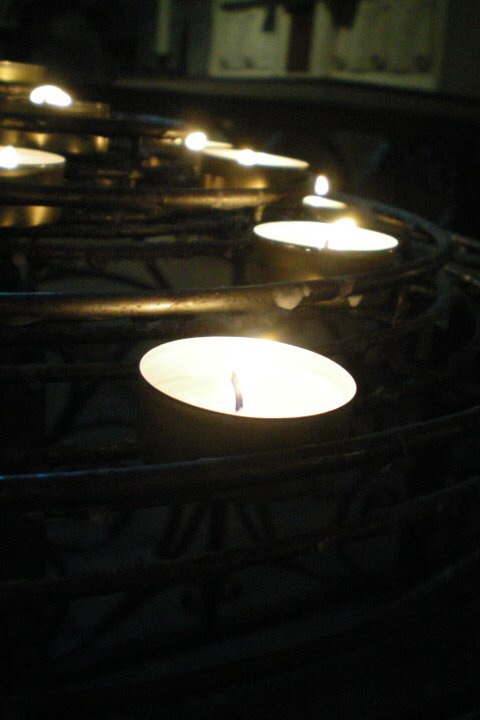 I Will Keep Wasting Candles

When a fan in Brazil sent me a poem with the phrase “wasting candles”, something about that caught my eye. I decided to write a song about it. There have been a couple of very specific people in my life who for whatever reason couldn’t find their way back to “good”. While part of the imagery in the lyrics may conjure “giving up” or resignation, I can promise you that I am not. Wasting Candles means that I will continue to light the way, in case you ever make it back to good. I hope everyone enjoys the song.

Tie me up in knots and wait

Leave the love light on in case

Praying plays a greater part than I ever dreamed

Hang my hope upon the door

Wish for sun out when it pours

I will keep us warm

Can’t say it was for nothing

Can’t say it was for me

Keep the empty hours and let me be

Light it up and watch it burn

Go it until you return

Can’t say it was for nothing

Can’t say it was for me

Keep the empty hours and let me be

I will keep wasting candles 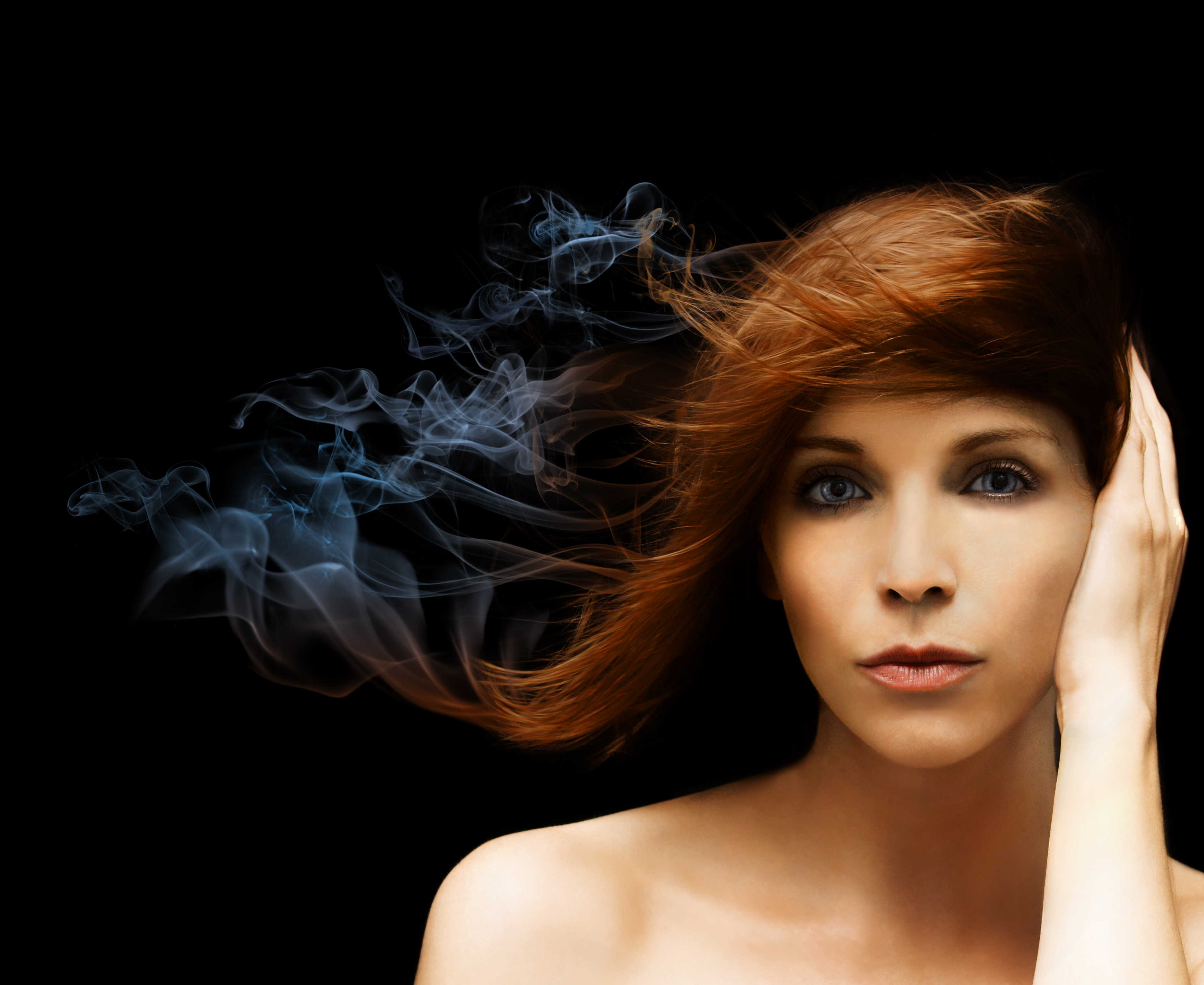 It has been a long 8 months of writing, studio time, and trying to balance the other things in life, but I’m thrilled to be making progress on my solo EP. I’ve also secured a fantastic piano player so that I can hit the town with some live shows. In my mind, I have always been a singer / songwriter, so this new path of acoustic sets is going to be really fun. I just wanna sing for people 🙂 As for getting a copy of the EP, I’m contemplating the way I will release it and will announce as soon as I can. Thanks for your support and patience as I embark on this solo journey. Hugs.